The transition of society into a knowledge-based one has created new opportunities for the intelligent. Selection of right people has become a challenge to institutions and organizations looking for such personnel. IQ score is considered to be indicative of a person's mental abilities.

What started as an exercise to identify children with lower intelligence so as to provide them with special education programs has now become a recognized testing model for adults too. An IQ test evaluates various skills such as spatial, logical reasoning, general knowledge levels, pattern recognition and classification skills. The IQ test scores are accepted to be reliable indicators of general cognitive ability and consequently intellectual potential.

Intelligence of a person is difficult to define. Hence IQ scores are generally considered to be an objective measure in determining an individual's intelligence. Intelligent Quotient or IQ is a number or score determined by a person's performance in a set of tests specially developed and standardized for this purpose. It is found that 50% of the population normally has IQ ranging from 90 to 110 whereas 25% fall in the higher IQ group and 25% in the lower IQ group.

In the 19th century, British scientist Sir Frances Galton was one of the pioneers in investigating the differences in mental capabilities of individuals. This was followed by several studies that revealed that intelligence of a person had a definite role to play in his or her academic success. One of his students, James McKeen Cattell first took the idea of intelligence testing to America.

Asked by the French government, in 1905 Alfred Binet a French psychologist and his colleague Theodore Simon developed a test to help identify those children who had difficulty in learning. These tests based on memory, reasoning, vocabulary and problem solving were found to be better to determine a child's intelligence than those of Galton. Binet-Simon tests led to understanding of mental age. Though children follow the same pattern of development, the rate of development may vary from one child to another.

A child whose IQ score proves to be that of a ten year-old, even if he or she is below that age the mental age of the child is considered as ten. Lewis Terman, a Stanford University psychologist developed the Stanford Revision of Binet-Simon Scale, more popularly known as the Stanford -Binet test in 1916.

For many years, this was the most commonly used test. Terman coined the term Intelligent Quotient in 1912. The IQ of a student was determined by the quotient of his or her mental age divided by his/her actual age. In modern days, the WISC test which was originally developed by David Wechler is popularly used. The present day version WISC IV contains 15 subtests in which 10 are core subtests.

Four summary scores of verbal comprehension, perceptual reasoning or visual problem solving, working memory and processing speed as also the Full Scale IQ are taken into account for the sub tests. Learning disability of a person is indicated by the differentials in the scores of different tests. Improved educational methods often improve an individual's Full Scale IQ as the person ages.

Today, intelligent tests do not use the IQ formula, i.e. taking the quotient of a person's mental age divided by the chronological age and multiplied by 100 (to avoid decimals). IQ scores compare individual's mental potential with other test -takers of the same age, assuming that the average IQ score as 100 and a percentile arrived at.

The average IQ test score is considered to be between 90 and 110 and around 50% of the population of these tests conducted fall under this zone. The remaining 50% of the population fall on either side of the normal curve indicating that around 25% are below average while the other 25% on the other side of the mean are above average. Some may still argue that this is only a rough estimate. Generally, the results of any IQ test reveal that they follow a course of normal distribution and hence represented in a graphic way through a normal or bell curve.

There are various tests conducted by different agencies and even some web sites to determine the IQ of a person. There are some tests in which around 13 sub-categories are tested for this purpose. The areas of testing include visual, vocabulary, arithmetic, spatial, general knowledge, logical, spelling, intuition, rote utilization, geometric, algebraic, short term memory and computational speed.

The scores of these tests are analyzed separately for each category and a general IQ score is arrived at. A good IQ test does not measure your quantity of knowledge but seeks to probe into your ability to understand ideas. While selecting personnel for a career some of the following tests are administered to the candidates to determine their IQ.

Interpretation of IQ test scores has resulted in classification of these data. IQ test scores can be classified descriptively as shown in the table below;

Average IQ score and Profession: This table clearly indicates a pattern of normal distribution of IQ scores. In the context of employment too, an analysis of various IQ tests show that highly qualified personnel like top civil servants, professors and scientists have an IQ of above 140. Physicians, surgeons, lawyers and engineers come next with 130. For school teachers, pharmacists, accountants, nurses, managers and stenographers, their IQ is found to be 120.

While employees like foremen, clerks, telephone operators, salesmen, policemen and electricians scored 110, workers such as machine operators, welders, butchers and scored around 100. Some of the workers like carpenters, cooks, bakers, small farmers and van drivers scored somewhat below 100. Still lower, the IQ was found as 90 for laborers, gardeners, miners, sorters and factory packers. According to some psychologists, the IQ of an individual varies according to their socio-economic back ground, education and environment.

IQ and Education: Alan Kaufman in his book 'IQ testing 101' has compiled some interesting statistics on average IQ score based on educational levels. Post graduates and doctoral candidates topped the chart with 125+ scores, followed by college degree graduates with 112-115 and high school graduates with a typical average score of 100. This clearly indicates a strong correlation between the years of education and higher IQ scores.

Another study indicates that an higher IQ is likely to result in elevation in occupational groups - other things being equal. Typically professionals and technically skilled tend to have IQ scores of 112 or higher, managers and administrators in the next rung of 104 while the clerical cadres, craftsmen, skilled workers and sales workers with 101 and semi-skilled workers averaging around 92.

Using descriptive classification of IQ needs a very cautious approach. IQ of a person roughly indicates one's mental abilities and potentials. Intelligence tests today do not take into account other factors that can influence intelligence. Similarly, it is also possible that a person may get a different test score in a different test. Though IQ tests are valuable, the overrated values should not discourage a person.

Since many aspects of life are important to be successful and happy, one need not be alarmed to find his or her IQ score not as satisfactory as expected. It is of interest to many whether a person can increase his/her IQ score. Typically adult IQ test scores don't wary much over time. In the case of children, it is believed that early intellectual stimulation can boost IQ scores. But don't let your IQ test scores get you down. After all this is just one aspect of measuring intelligence.

Top of the Page: IQ Score 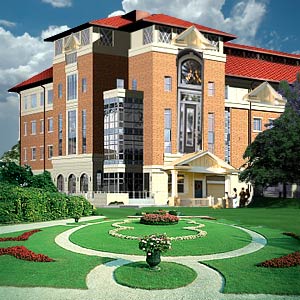 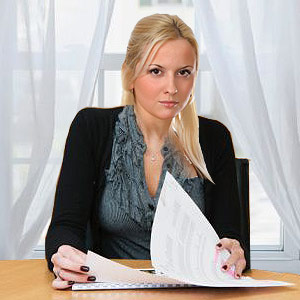 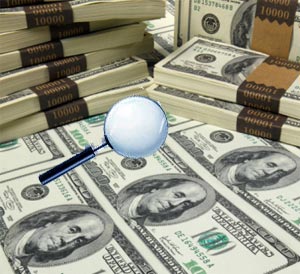 Top of the Page: IQ Score