Have you arrived late for business meeting by more than five minutes?! Have you forgotten the name of the potential client minutes after having been introduced? Have you ever forwarded an e-mail to a wrong individual and realized it too late?

These and other such critical behaviors can make or break an important meeting or potential clientele. They can damage one's reputation and effectiveness as an executive or manager. These also reflect badly on the company the manager represents. It is imperative that good business creates more good business. Proper business etiquette entails paying attention to others.

In the world of business, it is the colleagues, clients and customers who can influence the success or failure. Business etiquette is a means of maximizing one's business potential by presenting oneself favorably. During business meetings poor etiquette can have negative results.

What is business etiquette?

Etiquette in general deals with a pre-set group of rules that guide behavior in socialization. Business etiquette is the behavior to be followed in the world of business and corporate culture. Business etiquette consists of certain universally applicable and acceptable rules. For instance, when organizing a business meeting it is essential to allow enough time for everyone. Greeting people with a handshake and a smile is a custom accepted throughout the globe. So too is practicing respectable table manners, returning phone calls and emails promptly and being polite and courteous to everyone. To put it more simply, business etiquette involves understanding the unwritten rules of an office.

Situations where can business etiquette be applied

Business etiquette covers conduct in the office, with clients, on the phones, in emails and even when traveling on business and at business luncheons and dinner meetings or any other event during the conduct of business. Business etiquette can be applied to:

Do you know that applying strong fragrances, as well as, inexpensive ones that evoke cheap scent is often considered offensive to business associates and therefore inappropriate in a professional venue?

During introductions, the proper way is to introduce a lower ranking person to a higher ranking person. For instance, while introducing an office secretary to the company CEO Mr. Richard, the correct introduction would be 'Mr. Richard, I would like to you to meet Julia.' If the name of the secretary has slipped out of mind then the introduction could be made with a statement such as 'I am sorry, your name just slipped out of my mind.'

Under such circumstances, omitting an introduction would be worse than salvaging a botched introduction. Handshake is a physical connection that can leave a powerful impression. An unpleasant handshake is often associated with negative character traits. A firm handshake made with direct eye contact is a positive sign and sets the stage for a potential future relationship. Men and women are equal at workplace and it is important that a woman also extends her hands when greeting someone.

Departmental meetings, management meetings, board meetings, negotiations and similar ones are formally held with a set format and code to be strictly followed. Minutes, agendas and reports are recorded and formally distributed and voting takes place during such meetings with due respects to the chair. Some etiquette guidelines applicable at such formal meetings are:

It is essential that before one plans on a travel outside the country plenty of research on business etiquette of that particular country be done. Different countries have different customs and it is also common knowledge that etiquettes differ from person to city to country to continent.

Gender etiquette plays a significant role not only in business but overall travel outside the country. For instance in Saudi Arabia, shaking hands is mandatory in a business meeting but touching women in traditional, western dress is forbidden. In Japan older generations are not comfortable with shaking hands with Westerners. In Argentina, women should initiate handshakes with men.

It would be a smart move to learn the key phrases in the language of the country one intends to visit. This way the gap between the cultures could be bridged. Taking of business etiquette, in Germany it is better to leave the trade talk at the boardroom door. Business matters are discussed before or after the meal and never during. In China, to discuss business during meal is not uncommon. In fact personal information about family and children are welcome.

While in Japan exchange of business card is an extremely important ceremony, in Italy, exchange of business card is a norm only at business function and not at social occasions. In Australia, alcohol is discouraged during business luncheons, drinking moderately at business meals is acceptable in Germany, and in France drinking hard liquor is discouraged before meals or smoking cigars between courses.

Business gifts should be of quality and in case company logo is found, it should be discreet. In countries like Greece, Spain and Portugal, company logo should not be included. In Spain a business dinner will last well into early hours of the morning. In Australia title or status do not matter and the work speaks for itself.

Dinner etiquette can be critical to career and job success. Many employers would like to see their employees in social situations and gauge how they conduct with clients and superiors.

Top of the Page: Business Etiquette 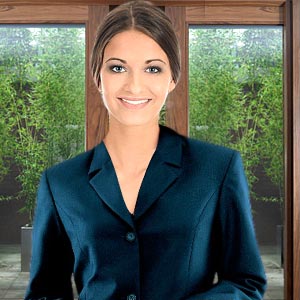 More on Work and Career

Working Woman - Best of the web on work ethic, work spirit and latest happenings on the work scene ...
Career Choices for Women - Career options, interview guides and tips ...
Career Assessment - Assess your skills to choose the right career ...
Career Counseling - How can a career counselor help you? ...
Behavioral Interview Technique Tips on Interviews to land on the plum job ...
Benefit of Telecommuting - Your virtual office ...


Top of the Page: Business Etiquette